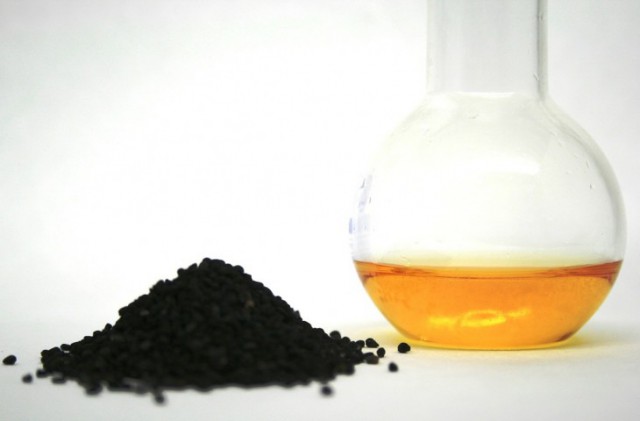 Many natural and holistic remedies found in various plants, herbs and seeds are used to treat some serious health conditions, but only a few are known to perform in a short period of time. Black cumin seed oil is one of the old age remedies that deserve the recognition in modern times and only a few will come to discover this! The black cumin seed oil contains over 100 valuable nutrients and is anti-oxidant rich making an amazing prevention for various illnesses, inflammation, food poisoning, asthma and even cancer.

Black cumin oil was discovered in the tomb of Tutankhamen in Egypt. According to some folk tales, Cleopatra and Queen Nefertiti used the black cumin oil to retain their beauty in hair, nails, and skin.

In many years of research, studies have come to a consensus that black cumin oil from the sativa nigella plant has serious potential to be “the cure” for some diseases, even cancer.

The Islamic prophet Muhammad said: “The seeds of black cumin can cure everything but death!”

Studies have shown that black cumin oil contains substances that able to protect healthy cells and destroy tumor cells, increasing the level of antibodies in the body. Black cumin oil contains many antioxidants that can strengthen the immune system. These powerful antioxidants help to prevent oxidative stress in cells, which is particularly useful for the cardiovascular system.

The black cumin oil contains a substance called thymoquinone, which plays an important role in preventing heart, liver and kidney disease. These components are key in the prevention of cancer; black cumin oil is effective even on some of the most aggressive forms of cancer.

According to a medical study in Malaysia in 2013, a research provided that treatment of black cumin oil with thymoquinone resulted in leukemia cell death. These results indicate that thymoquinone from black seeds could be a promising agent for the treatment of leukemia.

Black cumin oil strengthens the immune system and helps to accelerate the production of antibodies.

More scientific and medical studies need to be fully pursued to come to a better illustration of what this ‘miracle’ oil may further do.

As a natural antihistamine, black cumin oil is able to destroy microorganisms. It has the ability to kill a variety of bacteria in the digestive tract – or even E. coli. Therefore, extremely useful when an individual has food poisoning. Black cumin oil helps get rid of toxins, stimulates the production of bile and can act as a laxative.

1-3 tablespoon(s) per day until symptoms subside.

Black cumin oil can be effective for the treatment of asthma and reduce the symptoms of respiratory infections, coughs and bronchitis.

The anti-inflammatory, anti- spasmodic effects of the black seed oil reduces the intensity of the asthma symptoms.

The compound nigellone from the cumin seed has been researched and proven to widen the broncho tubes giving relief to asthma sufferers. Therefore, many sufferers have no longer needed their inhalers after using the cumin seed oil.

Please note, the black cumin oil is more concentrated in nutrients versus the seeds alone due to the compression of the seeds into an oil form.

Results vary for individuals. Some can respond to as little as 2 weeks for a healthier outlook on breathing.

Black cumin oil may be an effective treatment for chronic acne.

Purchase the organic black cumin seed oil (imported from the source of origin – Egypt) below.

Have you heard of or tried black cumin seed oil?